Barcelona
rogolmos@gmail.com
www.behance.net
Representation: jo mateix, i segons què: Sra. Lina Vergara.
Born in Barcelona in 1975. I studied illustration at the Llotja School in Barcelona and 5 years as a scientific illustrator apprentice at the Dexeus institute in the same city. After many years in this profession I have reached the point of being able to communicate without a text, and that the image can speak for itself. Or at least get to show what the text does not just explain to us: A great lover of animals, I have adopted a vegan lifestyle and many years I have been committed to promoting respect for the environment and all living beings on my titles.
More info
He approached the world of illustration from a very young age, when he was fascinated by the books that his father had in his studio. He specialized in illustration at the Llotja Avinyó School of Arts and Crafts in Barcelona in 2000 and, after an apprenticeship After six years as a scientific illustrator at the Institut Dexeus, completed in 1999, he decided to dedicate himself to the illustration of children's books, inspired by those illustrators who had loved him so much as a child. In 1999 he was selected at the Bologna International Children's Book Fair, where he met his first publisher, Kalandraka. In 2000 he published his first book, Uncle Wolf, which in 2002 was included in the White Ravens selection of the Internationale Jugendbibliothek in Munich. Since then he has published more than 90 titles nationally and internationally. He also has experience as an illustrator in various advertising, television, film and press projects.
In addition to interventions and talks for the Cervantes Institute for its numerous centers around the world, Roger Olmos has collaborated in the university master's degree in Illustrated Book and Audiovisual Animation at the Faculty of Fine Arts of the University of Vigo and taught in various courses in academies such as the Fine Art Factory in Martina Franca, Italy and the illustration school at l'Escola de la Dona Francesca Bonnemaison in Barcelona or the Ars in Fabula academy in Macerata, Italy.
Collaborations
Awards
Exhibitions
Outstanding work
Outstanding work
Outstanding work
Outstanding work
Rocío Macías (El perro vuela) 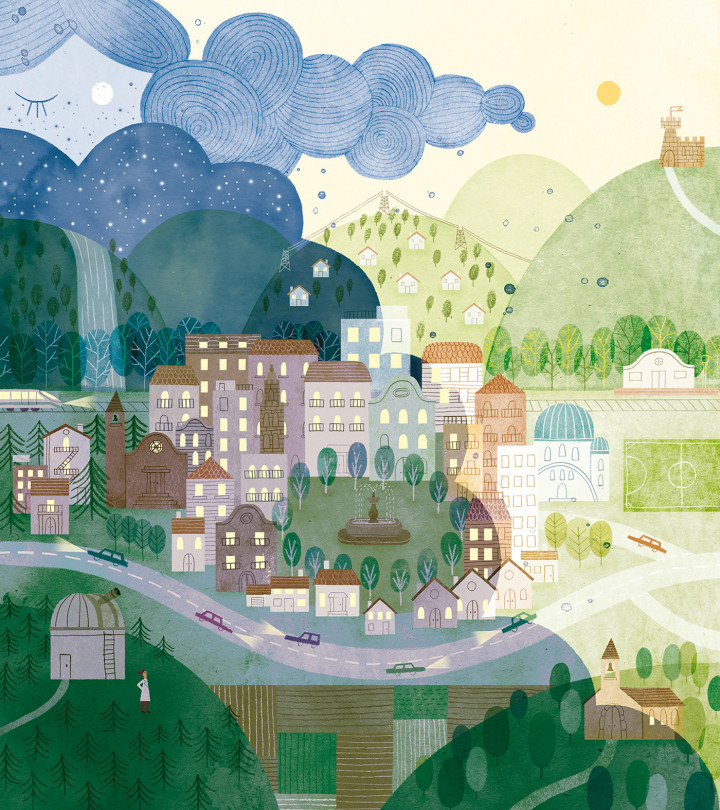